Des Crofton has over 30 years experience in senior management, most of which has been spent working for a large national voluntary organisation. He has lead the organisation from being virtually unknown to becoming a household name in Ireland with a significant record of achievement at both national and European level. Prior to that he worked in the telecommunications industry and finance sectors.

He is well respected by the political establishment in Ireland across all political persuasions. He has been instrumental in lobbying for and guiding a number of important legislative initiatives. Des has written many papers and articles on legislation and conservation. He has delivered presentations at many conferences both in Ireland and other European countries. He is the author of “A Practical Guide to the Wildlife Acts 1976 – 2000”.

During his career, Des has served on many important bodies, some by Ministerial appointment. Positions held include:

Instrumental in
Published
Others

Let us help you to:

Engage in the lobbying process

Decide on the best course of action – short, medium and long term

Create a positive profile and goodwill between you and the individuals, companies, organisations and the public who are important to your business based on trust, credibility and professionalism

Identify and implement the solutions

Decide the message/s you wish to deliver

Identify to whom and how it should it be sent i.e. the target audience 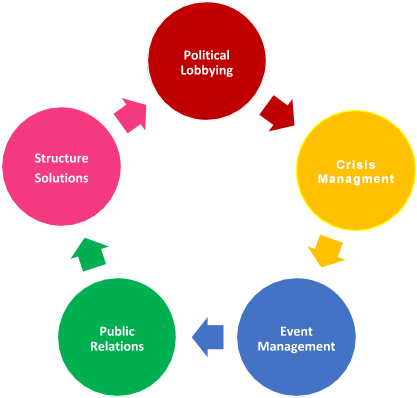 Please signup to my newsletter for regular updates